Warning: "continue" targeting switch is equivalent to "break". Did you mean to use "continue 2"? in /homepages/1/d561708422/htdocs/clickandbuilds/RainwaterSolutions/wp-content/plugins/ajax-portfolio/inc/function.project.html.php on line 91

Warning: "continue" targeting switch is equivalent to "break". Did you mean to use "continue 2"? in /homepages/1/d561708422/htdocs/clickandbuilds/RainwaterSolutions/wp-content/plugins/ajax-portfolio/inc/function.project.html.php on line 105

Warning: "continue" targeting switch is equivalent to "break". Did you mean to use "continue 2"? in /homepages/1/d561708422/htdocs/clickandbuilds/RainwaterSolutions/wp-content/plugins/ajax-portfolio/inc/function.project.html.php on line 147

Warning: "continue" targeting switch is equivalent to "break". Did you mean to use "continue 2"? in /homepages/1/d561708422/htdocs/clickandbuilds/RainwaterSolutions/wp-content/plugins/ajax-portfolio/inc/function.project.html.php on line 196

Warning: "continue" targeting switch is equivalent to "break". Did you mean to use "continue 2"? in /homepages/1/d561708422/htdocs/clickandbuilds/RainwaterSolutions/wp-content/plugins/ajax-portfolio/inc/function.project.html.php on line 227
 We Are Water | Rainwater Solutions

Water is nature’s solvent. It covers over 90% of the earth but of this only a small percentage is drinkable by man.

The human body can last weeks without food, but only days without water.

The human body is made up of 50 to 75 per cent water. Water forms the basis of blood, digestive juices, urine and perspiration, and is contained in lean muscle, fat and bones.   As the body can’t store water, we need fresh supplies every day to make up for losses from the lungs, skin, urine and faeces (poo). The amount we need depends on our body size, metabolism, the weather, the food we eat and our activity levels.

The Importance of Water

Water is needed for most body functions, including to:
• maintain the health and integrity of every cell in the body
• keep the bloodstream liquid enough to flow through blood vessels
• help eliminate the byproducts of the body’s metabolism, excess electrolytes (for example, sodium and potassium), and urea, which is a waste product formed through the processing of dietary protein
• regulate body temperature through sweating
• moisten mucous membranes such as those of the lungs and mouth
• lubricate and cushion joints
• reduce the risk of cystitis by keeping the bladder clear of bacteria
• aid digestion and prevent constipation
• moisturise the skin to maintain its texture and appearance
• carry nutrients and oxygen to cells
• serve as a shock absorber inside the eyes, spinal cord and in the amniotic sac surrounding the fetus in pregnancy. 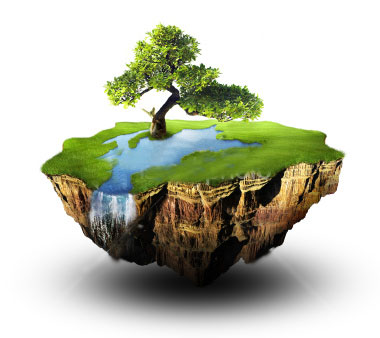 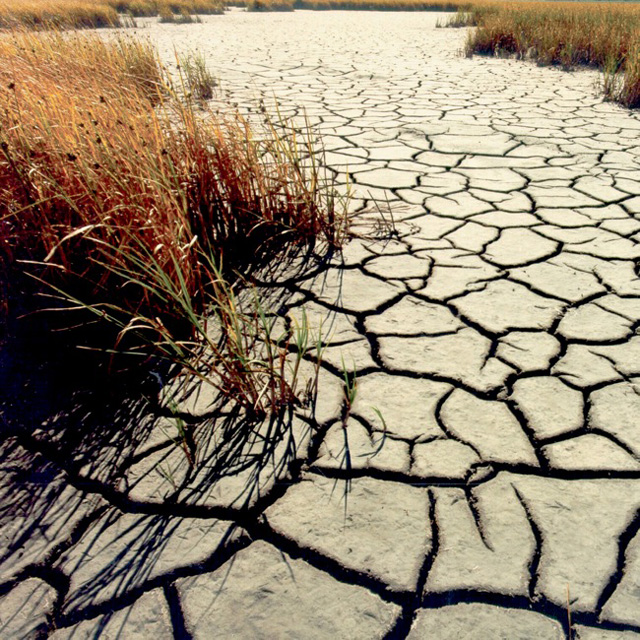 Man has been using water without control since the industrial era and few measures have been taken to ensure and preserve this scare resource. Water is scarce, wrongly distributed and badly used. But it is present in all aspects of our life.

Can you imagine life without water? Over 700 million face this reality on a daily basis.

This is roughly one in ten of the world’s population, they are forced to find water wherever they can, in whatever state clean or dirty, or from whatever source they can.

Without access to safe water for drinking, cooking and cleaning, people are more likely to suffer from water-related diseases. These can be fatal, killing around 2,000 children a day.

The time and energy required to fetch water, together with the negative health impacts of using dirty water, also has a huge impact on people’s ability to work or get an education. 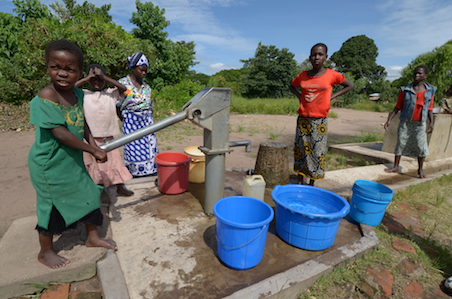 The water and sanitation crisis is the second biggest killer of children under five years old worldwide.

The daily task of collecting water, as well as the constant search for privacy to go to the toilet, dominates the lives of many children, especially girls. This leaves them with less time or energy to go to school, rest or play. Girls as young as 10 may be responsible for fetching the family’s water.

The weight of the water container can cause damage to the head, neck and spine, and the distances walked mean that children may miss out entirely on their education.

Of the children who are able to find the time to go to school, the lack of decent toilets once they get there tends to prevent girls from attending school, especially during puberty. Around 60% of the children currently not enrolled in school worldwide are girls. (UNESCO (2000), Educational For All 2000 Assessment, Statistical Document, World Education Forum, UNESCO, Paris)

Furthermore, kids are most vulnerable to the diseases that result from dirty water and poor sanitation. In developing countries, each child has an average of ten attacks of diarrhoea before the age of five.

A lack of water also means that children cannot wash often enough and, as a result, suffer from diseases like scabies and eye infections such as trachoma.

Imagine a life without safe water flowing from your tap.

Imagine then, if every morning you had to get up at the crack of dawn and walk for miles down uneven paths to the nearest water hole to collect your family’s water – water that could pass on deadly diseases to you or your children.

Imagine that you spend six hours every day collecting enough water for your family.

Now imagine that you have nowhere safe and private to go to the toilet. You may have to wait until it’s dark before you can finally go. But this exposes you to the risk of sexual harassment, assault and animal attacks, never mind the discomfort and loss of dignity.

This is the daily reality of life for many women in developing countries.

Perhaps the biggest issue though, aside from the obvious health risks, is that without access to sanitation while at school, far fewer women gain an education and become decision-makers in their community. Yet we know that even just a few years of basic education results in women having smaller, healthier, better educated families which are more able to work their way out of poverty.

Providing clean and accessible water and toilet facilities not only prevents needless drudgery and indignity, but improves the health of the whole family. A women’s time is freed up for agriculture or other income-generating work, looking after children and leisure time. 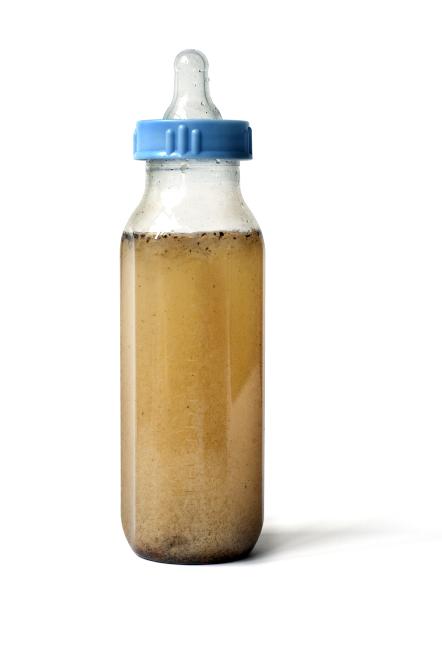 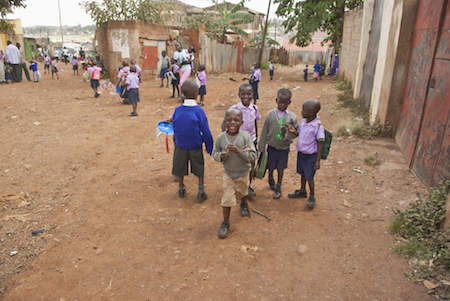 The world is urbanising. Globally, we have already reached the point at which half of the population lives in towns and cities. In the developing world, urban populations are growing rapidly, and most of these additional people are living in ‘unplanned urban settlements’ – often referred to simply as shanty towns or slums.

Different challenges are posed in each every urban area, due to factors such as:

Getting clean water and toilet facilities to these people, who are very poor and often have no ownership of their land and few if any legal rights, is therefore a complex challenge, but a vital one.

Improving hygiene behaviour is vital if the full benefits of access to water and sanitation are to be realised. Yet diarrhoea is the second biggest killer of children under five years old worldwide. 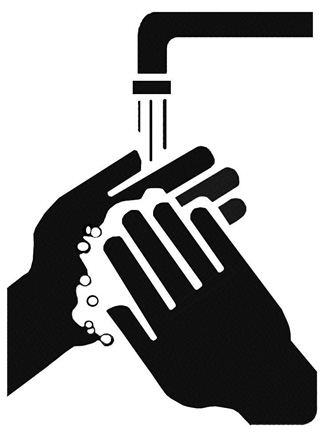 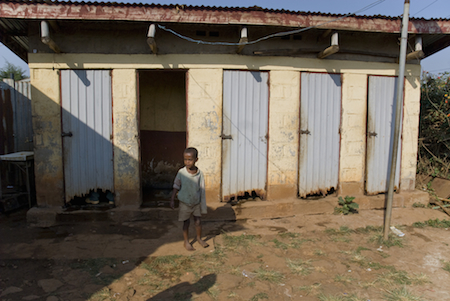 Sanitation is the safe disposal of human waste, and is vital for health and wellbeing. But 2.5 billion people – one in three of the world’s population – do not have access to a decent toilet.

Where there is nowhere safe and clean to go to the toilet, people are exposed to disease, lack of privacy and indignity. When communities defecate in the open, disease spreads fast and water sources are polluted. Women and girls often have to wait until dark to go to the bush or a discreet part of town to defecate, where they are at risk of attack and abuse.

Improved sanitation has proven impacts on health, quality of life and poverty reduction. However, progress in increasing sanitation coverage has been slow for a number of reasons:

Lack of political will and institutional responsibility.
Improving sanitation is difficult and requires people to change their behaviour.
The health benefits are not immediately seen or always understood.
The poorest and most marginalised people lack a voice and are often unable to invest in improving sanitation. 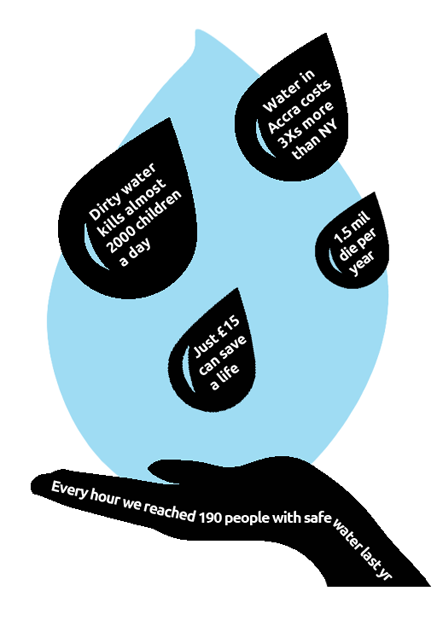 Every 20 seconds, a child dies as a result of poor sanitation. That’s 1.5 million deaths a year that could be prevented.

768 million people in the world do not have access to safe water. This is roughly one in ten of the world’s population.

Diarrhoea is the third biggest killer of children under five years old in Sub-Saharan Africa.

Diarrhoea is the second biggest killer of children under five years old worldwide.

Every year, around 60 million children are born into homes without access to sanitation.

Every hour we reached 190 people with safe water last year.

For every $1 invested in water and sanitation, an average of $4 is returned in increased productivity.

Half the hospital beds in developing countries are filled with people suffering from diseases caused by poor water, sanitation and hygiene.

Hygienic practices such as washing hands with soap can reduce the risk of diarrhoea by 50%.

Hygiene promotion is the most cost effective health intervention according to the World Bank.

Just £15 can enable one person to access a lasting supply of safe water, improved hygiene and sanitation.

Lack of water, sanitation and hygiene costs Sub-Saharan African countries more in lost GDP than the entire continent gets in development aid.

Nearly half the people who gained access to water between 1990 and 2010 live in India and China.

One study estimates that funding for water and sanitation infrastructure is lacking by US$115 million a year in Sub-Saharan countries.

The 2015 goal to halve the proportion of people living without sanitation is running 150 years behind schedule in sub-Saharan Africa.

The average person in the UK uses 150 litres of water a day. In Australia it’s around 500 litres and in the USA, over 570 litres.

Water in Accra, Ghana, costs three times as much as in New York.

Women in Africa and Asia often carry water on their heads weighing 20kg, the same as the average UK airport luggage allowance.